Skip to primary content
Our apologies that it has taken so long to put out this portion of the blog. In the last post we had arrived at Lake Travis having left Seabrook very early that morning. (Sunday, July 14)
That same day Dick Vermeulen, the designer and builder of the Maine Cat 30, flew in from Maine with his wife and partner, Lynn. We felt so blessed to have Dick himself come to help us put the boat back together. We met up with Dick and Lynn at my sister Lois' house in Lakeway. She and her husband, Earl, fed all of us a fabulous dinner. Lois and Earl would be our hosts for the next three days while the boat was being launched and put back together. I regret that I did not get a photo of Dick and Lynn that evening.

The following morning was a rainy day in Texas and the work went on as planned. The temperatures the week before had been in the 100's. We were so thrilled to have cool weather for the launching of the boat.

The mast comes off the trailer. 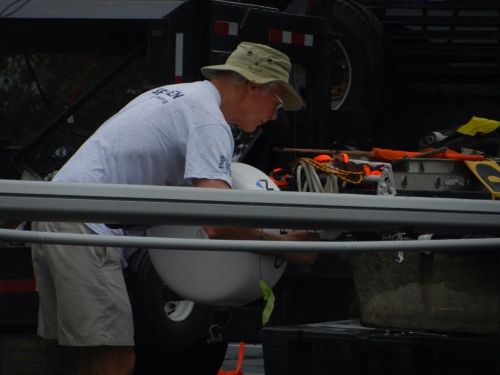 Dick, Stephen and Eric Stough getting the mast ready to go up. 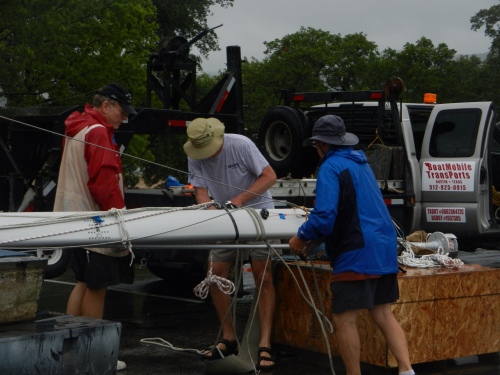 Here's a video of the mast going back onto the boat.

There were many wires and lines that go through the mast. 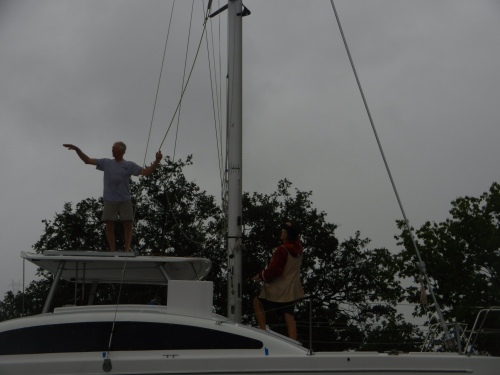 The shrouds which support the mast were reconnected. After a lunch break for all involved we returned to the boat to finish putting up the boom and the sails. Here are a few videos of that as well as a video of Dick going up the mast in a Boston's chair to attach the masthead fly.

Dick and Stephen re-connected the boom.

They attached the topping lift to the boom. 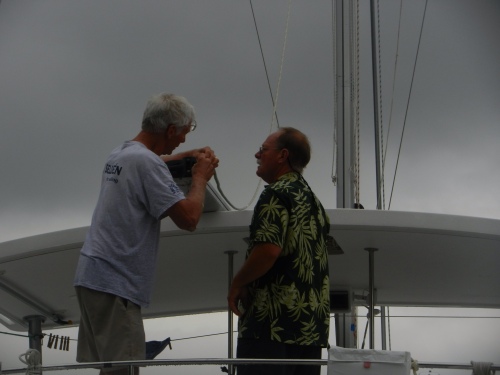 They attached the sails. 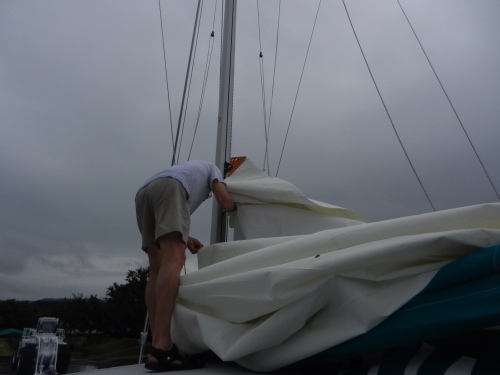 Lynn got to help reinstall the lazy jack. 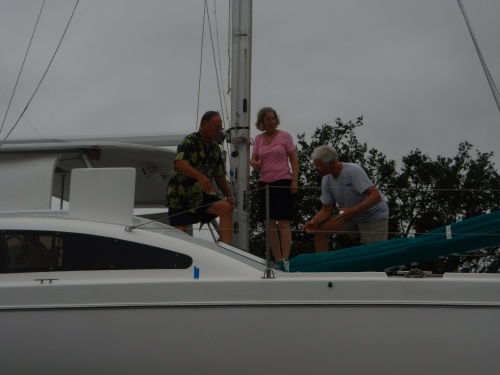 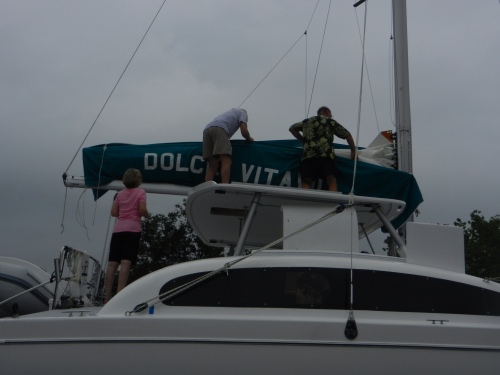 Soon the day was done. We would all plan to re-group in the morning for the actual launching of the boat.
Life is good,
Fair winds,
Stephen and Franci