We left Indiantown Marina at 6 a.m. I regret that I did not get any photos because it was a very quaint marina. It was small but had all the amenities….fuel, electricity, water, showers, laundry. There were palm trees lining the cement docks and the garden beds were filled with plants that we would call house plants in Texas. Here they grew outdoors lush and large. There was a large shade tree covering a central area with several tables with chairs and two fire circles. The tree was lined with lights that glowed in the nighttime hours.

It was clear when we left but soon the fog rolled in. We felt like we were back in Maine. The fog cleared within the hour. We were still in the St. Lucie Canal headed for Lake Okeechobee.

Our first challenge of the day was fitting under a railroad lift bridge with a 49' clearance. We let our new friend David go first. We met David the night befor at Indiantown Marina. Our mast is 48' high and we needed to go very slowly and very carefully. We all sighed with relief when we made it with only inches to spare.

The day would be filled with many bridges and locks. The first lock was the Mayaka Lock. There we met up David once again. He is delivering a boat named Seal Boat to Buloxi, Mississippi, his home town. This lock would drop us 4″ after which we would be in Lake Okeechobee. 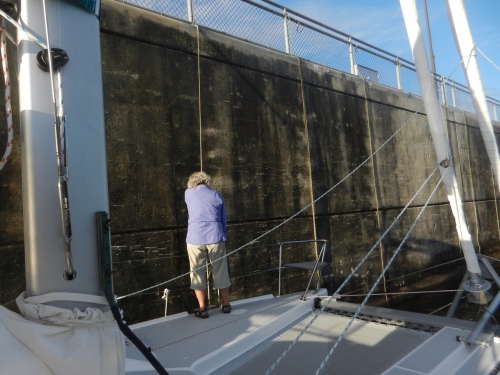 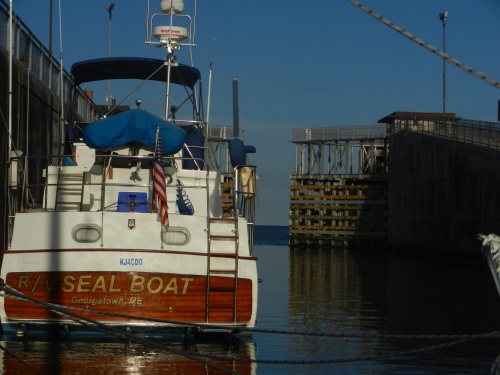 Lake Okeechobee is a very large natural lake in the south central part of Florida. It feeds the Everglades, the swampy lands in southern Florida. We were surprised not to see a lot of recreational boats on it, it being the weekend and all.

For breakfast we had pork chops and scrambled eggs with english muffins. Lucky us! 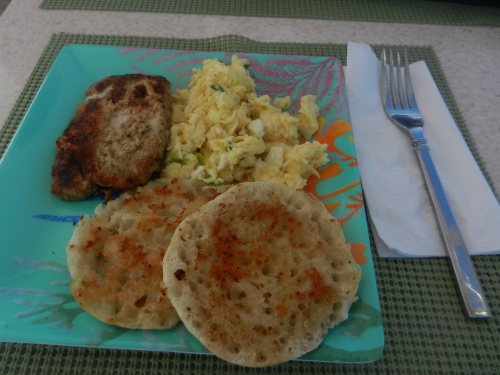 By 10:45 a.m. we were across the lake and entering a canal. It was surrounded by marshland. The grasses looked a little like cattails. There were lots of birds. We saw several bald eagles and lots of herrings. We saw several alligators. 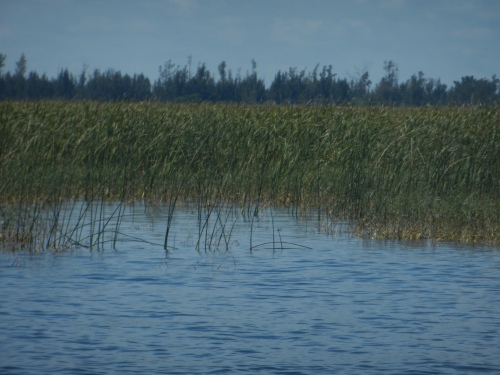 This alligator was huge.

We passed the town of Clewiston which is behind a lock. Today the lock was open. 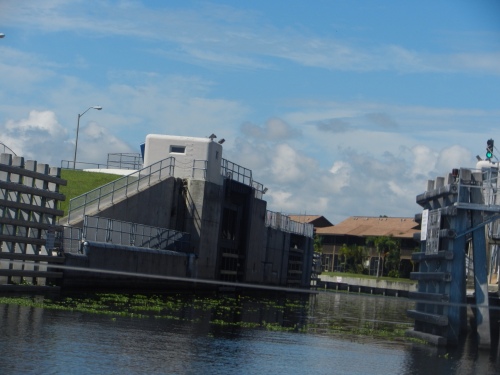 Late morning Stephen began his task of whipping the ends of all the lines on the boat. You may have already enjoyed his instructional video on this topic. This would go on throughout the day and continue into the next. He's very good at whipping lines now.

Shortly after noon we met up with our friend, David, from Seal Boat at the Morehaven Lock. This lock let us down about 1 1/2 feet. After that we passed through a RR swing bridge and under a fixed bridge. 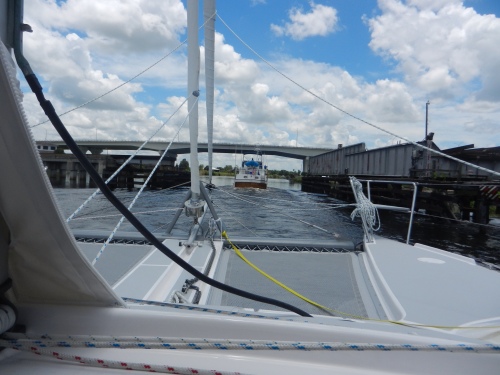 By 1:30 we had entered the Caloosahatchee Canal and we began to see homes along the banks. They were very modest homes. We believe this to be farm area. If we could see over the high banks of the canal we might have seen orange groves and such. We did see a few cows so there was at least one ranch.

At 3 p.m. we arrived at the Ortona Lock. By this time we were communicating regularly with our friend David and made plans to stay at the same marina for the night and have dinner together.

Shortly after that it began raining. Down came the eisenglass. Within a hair hour it was over and the eisenglass went back up. Arlene applied Snap Stick to all the snaps to keep them in good working order. There's also a product called Zipper Ease which we will be obtaining to keep the zippers working properly.

As we reached. La Belle the houses became bigger. We saw lots of these modular screen porches. They are selling like hotcakes here in Florida. Very popular.

We went through another basculle bridge.

We went through the Fort Denaud swing bridge. 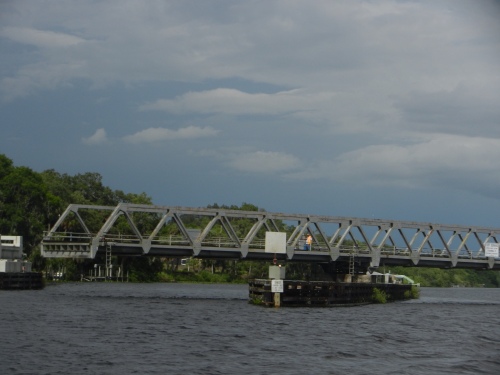 It was Sunday and we saw lots of small powerboats out having fun. Yahoos!

Finally we went through our last bridge for the day in Alva.

Soon we would arrive at our dock site in the WP Franklin Lock Campgrounds. It was a Corps of Engineers campground and had boat slips, RV sites and tent camping. It was next to the lock we would go through the following morning and suited our needs just perfect. They had electricity and water.

The Seal Boat was a few slips over.

We got to take a tour of our new friend David's boat, the Seal Boat. Very nice trawler that he was delivering to Buloxi, Mississippi, his home town, We enjoyed grilled salmon, salad, peas and rice and tortillini for dinner. Yum! 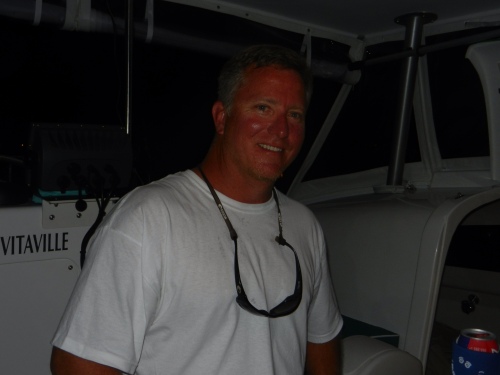 The photo is a little dark but this is David. We enjoyed having him as our buddy boat for the day. We hope to run into him again in our travels. He's on his way to Buloxi.