Tuesday we took Dolce Vitaville out for her final sail on Galveston Bay. Our friend, Lyse, came with us and it was a great day for sailing. We were among the few folks out sailing that day. There was a lovely southeast breeze and we enjoyed sailing all morning and long into the afternoon.

Wednesday morning we were up early ready to greet the guys from Stix N'Rign at 7a.m. They went to work dismantling the wiring and lines about the mast. They put away the screecher and jib sail. They marked and labeled each of the lines and wires as they disconnected them. 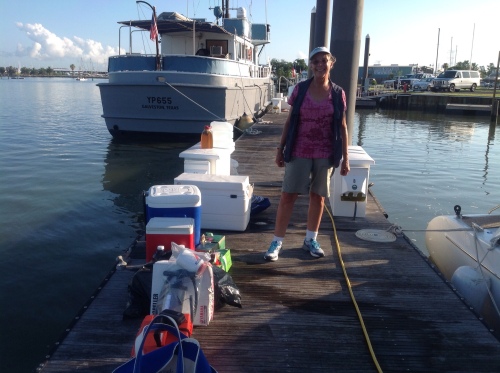 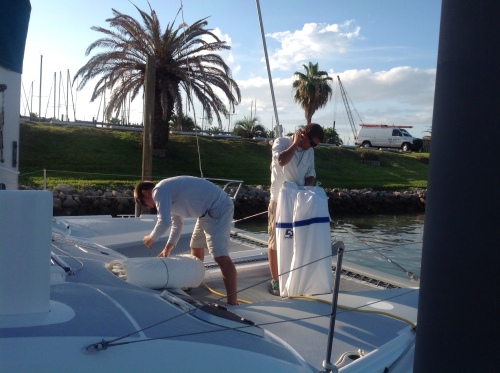 About 9 a.m, we drove the boat over to the shipyard where they began the process of taking down the jib furler, the boom and finally the mast itself. They used a crane and a large rope attached by a guy who went up the mast in a boson's chair. It was fun to watch. The guys at the Seabrook Shipyard really knew how to do it. The Stix N Rign crew along with the shipyard guys did a great job. We were impressed with their skill and expertise. 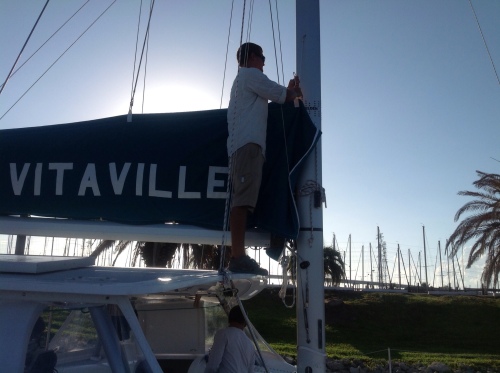 They labeled things and took pictures. 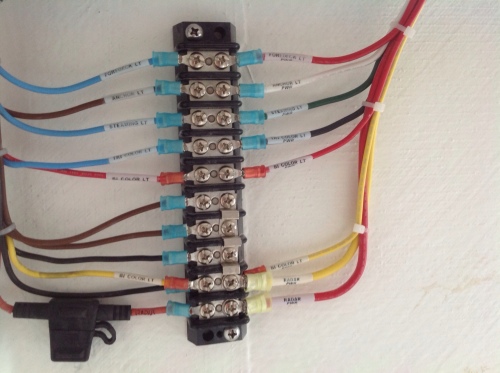 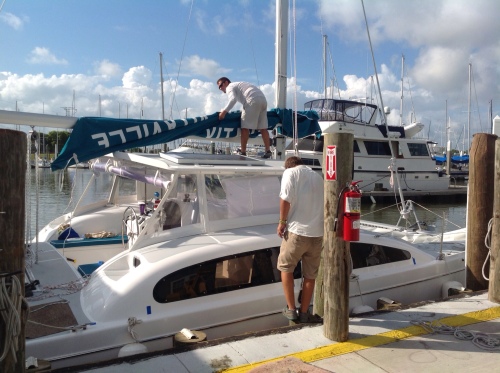 They took down the sails, then the boom and the mast. 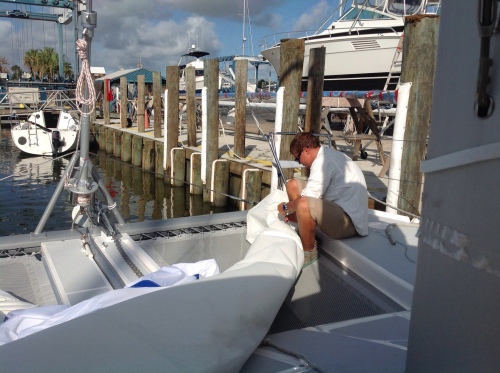 Viewing was good in the shade.

The guys from Stix N'Rign would go on to wrap the mast and other parts in plastic wrap. They took apart the radar and shrouds and wrapped them safely in bubble wrap and delivered them back to the boat ready for the long adventure ahead. We were impressed with the thoroughness of the job. By Friday, everything would be wrapped and ready for transport.

After the mast was done, we enjoyed an afternoon by the pool and leftovers on the boat for dinner.